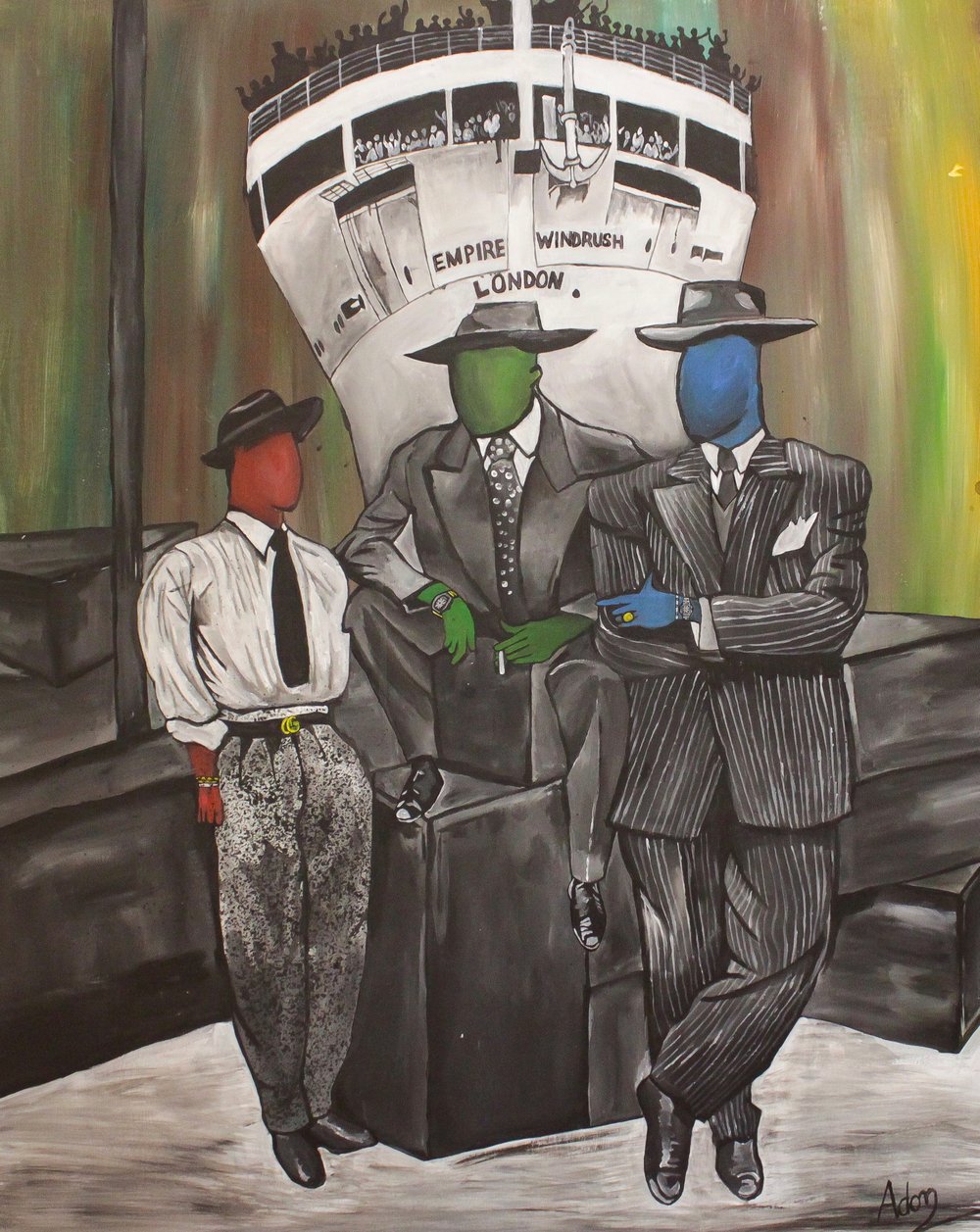 Windrush was the ship that brought people from the Caribbean invited by the British before 1973 in order to fill up jobs. They were brought on the Empire Windrush and were named the Windrush generation.
This painting depicts three men, in front of the ship that brought them. The painting signifies the riches the Caribbean immigrants brought to the United Kingdom. They brought they're power, royalty and strength and built the United Kingdom into what it is today. This is signified by the limited and expensive accessories that are subtle in the painting, but once noticed, depicts power and riches.
Print comes on Lumi gloss 250gsm high quality gloss coated paper.
Signed and numbered
Processing and shipping takes up to 5 days.
WINDRUSH
-adom